Neptune transiting square your natal Neptune often coincides with a mid-life crisis of sorts and often occurs around the age of 42. You are more likely to question your life, what you have been doing and are more likely to make drastic changes to areas in your life that are no longer relevant to you. Your attitude can shift so that you see the world differently even though it is the same. Confusion can arise at this time because you often see things as they appear rather than how they really are.
A challenge now is to distinguish clearly between fact and fiction. Otherwise you can get lost or possibly feel victimized by misguided faith. Sensitivity now is often acute, and you are receptive to a host of influences which you may have problems separating. Making choices often raises doubts, since seeing clearly is not a given here. Avoiding, as well as implementing important decisions can sometimes entrap you in complexities that seem to have no solution. Often it is better to delay certain commitments until this period is over or until you reach an unambiguous position.
It would be of great benefit to you if you could discuss your current situation with someone you can trust, as to gain a more clearly perspective on your current situation. It’s a good idea to scrutinize your life style and situation, and re-evaluate areas of your life such as your career, love life and life direction, but resist the temptation to make any major decisions until the transit is over, as your mind is not working very clearly, and it is easier to make the wrong decision. Rather than being apprehensive, which only increases the probability of situations going awry, you can practice acceptance of all that occurs, all that you have, and all that you lack. Although you may display this as resignation, it can manifest itself as a compassion which is more dynamic, and implies a recognition that unity exists, despite appearances to the contrary.

The Ace of Pentacles is the foundation for all kinds of projects in the real world; this foundaton is as valuable as gold, and as solid as concrete. It is the cornerstone of a building that might s...

The AstroMatrix Tarot Deck has arrived! 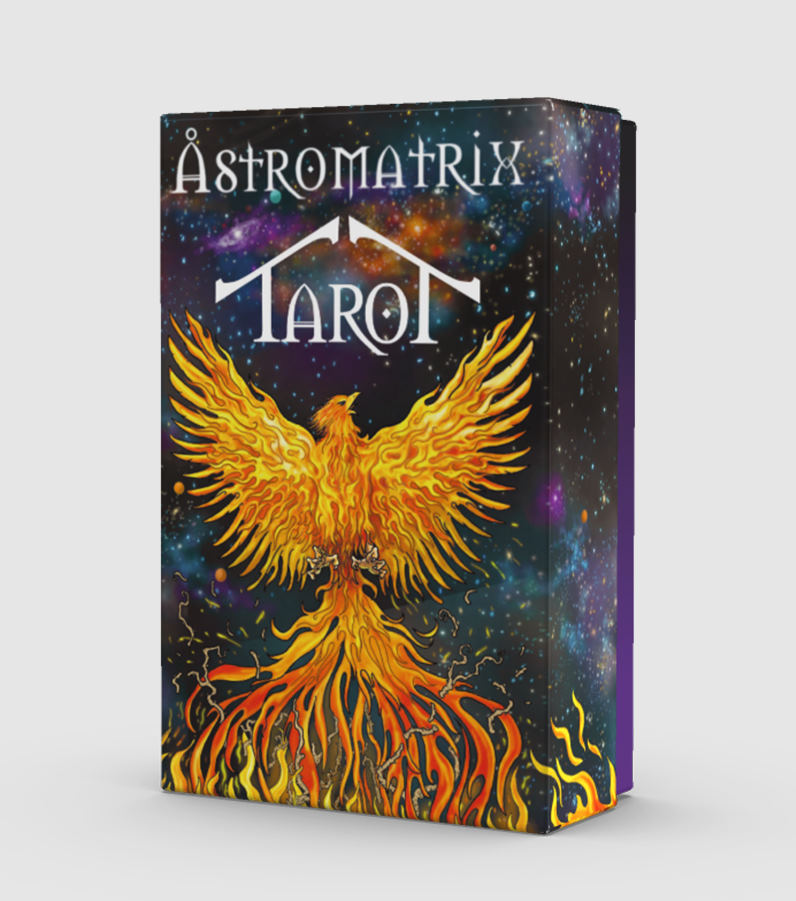 We are excited to announce the publication of the new full 78 card AstroMatrix Tarot Deck, now available for preorders.


This deck provides no booklet however each card has a special and unique QR code feature on the back of each card. These codes open up the app or website with extensive information about each individual card. 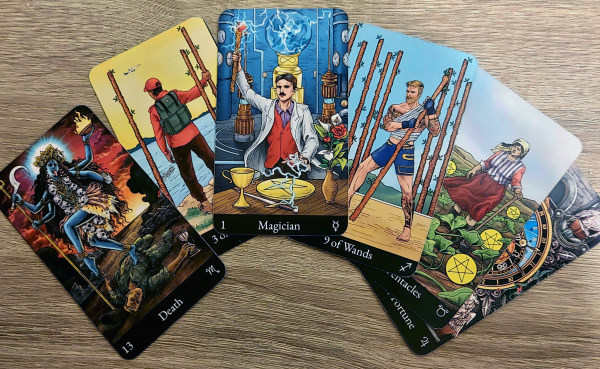 Please note: The deck is still in the final stages of the printing process and due to various delays due to the pandemic and shortages, will not be ready for delivery until LATE DECEMBER. Please be aware that shipping issues could cause delays and you should expect it to be delivered in early January 2022. We are also only accepting US orders at this point in time.


Please send us an separate message if your shipping address is different to your address on your paypal account.


Buy now for only $49.95 including shipping ( US ONLY ). As a special thank you for your patience we are adding an additional 79th card called The Universe.
This card will ONLY be in the pre order sale and is NOT featured in the App or website. Hurry as we are not printing too many of this special limitied edition pre release Tarot Deck.