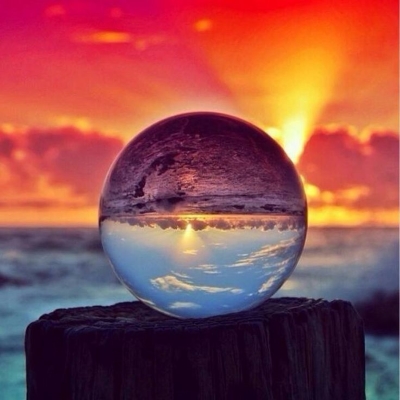 Uranus then re-enters Taurus on March 6, where it will remain until 2025–26. Financial systems and food production may be in for a shock, since Uranus can bring instability, but this may be necessary to shake us from our complacency. On a personal level, many of us are looking for an improvement in our values and attitudes towards money and the methods we use to survive.

Uranus and Taurus are an interesting combination to attempt to fathom. Taurus the sign that, out of the entire zodiac, is the most resistant to change meets the planet that insists upon it. Uranus challenges the status quo and forces both the individual and society to change and, in particular, to break from the past. From the purely Uranian point of view, clinging to the past can only hinder progress. From the deliberate, enduring, and persistent Taurean viewpoint, change not only might topple the much-beloved quiet life, it also threatens the most important thing of all: security.

A dynamic square aspect between these two highly energized planets on May 16. Forecasts for the Uranus in Taurus years (May 2017 through April 2026) include financial upheaval, radical environmental changes, and a revolution in how we handle the planet’s resources. Uranus last traveled through Taurus from June 1934 to May 1942; in 1935, President Franklin D. Roosevelt signed the Banking Act and the Social Security Act, both of which significantly altered how U.S. citizens handled their savings. It also saw the outbreak of the Spanish Civil War (1936), Japan’s invasion of China (1937), the Winter War between the Soviet Union and Finland (1939), and much activity from Nazi Germany, with finally the outbreak of World War II in 1939. From a Uranus in Taurus point of view, many of these happenings changed borders; land ownership changed hands. The way in which land was used also changed in several European countries.

Uranus in Taurus might well deliver all sorts of changes to various economic systems, but perhaps more interesting will be the changes in how we use our resources; how we use, make, and spend our money and what we spend it on. With Uranus, we know to expect more technology in the making and spending of money.

The ingress of an outer planet into a new sign often coincides with major world events. The very day that Uranus entered Aries (March 11, 2011), an earthquake and tsunami struck Japan, triggering the Fukushima nuclear disaster.

Uranus in Taurus does give rise to individuals feeling that they are trapped by debt and that money is not offering them the freedom they would like, this could create tremendous growth in so-called sharing economies, or what some people call “collaborative consumerism” — the idea being that individuals can rent out their car, their bike, their apartment, their computer, almost anything, when they are not using it.

With Uranus entering Taurus, in addition to possible Earth changes, we could see shake-ups in the financial world. Disruptors of the financial status quo are already at play and likely to gain traction: cryptocurrencies, micro-banking, crowdfunding. We may see grassroots movements to free humanity from the control of the banking system, and free the Earth from an economy based on extracting and exploiting resources. On a personal level, we could become aware of the ways we feel restricted when it comes to money, and take steps toward liberation. Relationships and sexuality are also ripe for revolution, and we can expect trends like polyamory, ethical non-monogamy and sacred sexuality to continue to rise