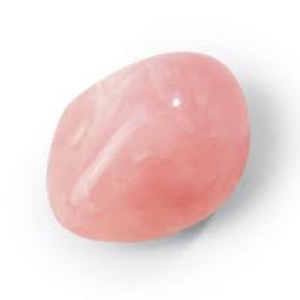 Rose Quartz can help stabilize emotions during midlife crisis or traumatic times. It lets you look objectively at situations and keeps you from being to overwhelmed. It can dissolve guilt and bitterness and teaches self love and acceptance. Prized traditionally for its effect on the heart, Rose Quartz releases unexpressed emotions and underlying heartache.