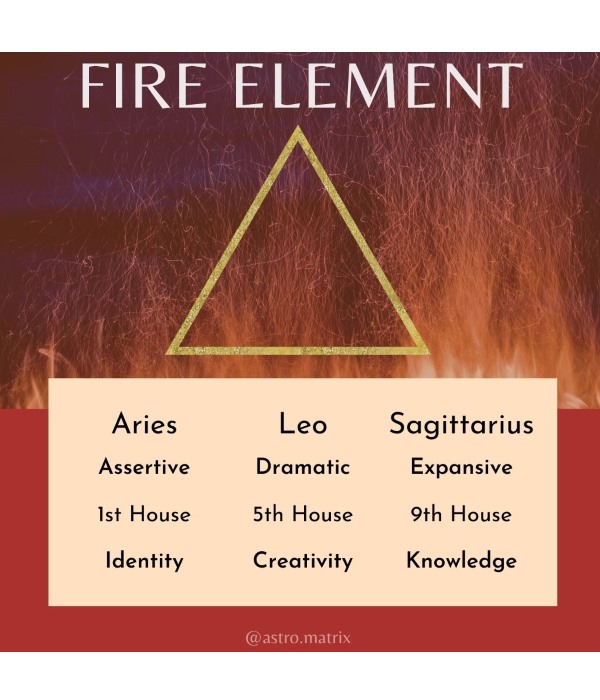 The four elements of astrological tradition refer to the vital forces (or energies) that make up the entire creation that is commonly perceived by human beings. The four elements in a birth chart reveal the ability to participate in certain realms of being and to tune in to specific fields of life experience. These elements have nothing to do with the elements of chemistry and in fact transcend them completely.

The four elements—Fire, Earth, Air, and Water—each represent a basic kind of energy and consciousness that operates within everyone. Each person is consciously more attuned to some types of energy than others.

The element of any sign that is emphasized in a chart (by significant planetary placement in that sign) shows a specific type of consciousness and method of perception to which the individual is strongly attuned.

The element fire refers to a universal radiant energy which is excitable, enthusiastic and which through its light brings color into the world. This element has been correlated with the dynamic core of psychic energy by C.G Jung, that energy which flows spontaneously in an inspired, self-motivated way. The fire signs exemplify high spirits, great faith in themselves. They need a great deal of freedom in order to express themselves. They also are able to direct their will power consciously better than other signs.