Having Power
Having Control
Using Instinct
Being Creative

The Fire element of Aries brings assertive I energy. This is a flaming drive and the desire to do something! The Aries will is full of tension and passion; the I brings a need for
independence. Aries coincides with spring time, when seeds germinate in an outpouring of
energy and growth. This sign as has an instinctive identity, early extroversion, spontaneity, and a very direct approach. Fire can rage out of control. Aries' cardinal-sign assertiveness can become too willful. Then we have wild spring weather -- a storming nature and a passion for power. Spontaneity can become impulsive

The Positive Side of Aries: The Arien has many positive points to his character. People born under this first sign of the Zodiac are often quite strong and enthusiastic. On the whole, they are forward-looking people who are not easily discouraged by temporary setbacks. They know what they want out of life and they go out after it. Their personalities are strong. Others are usually quite impressed by the Arien’s way of doing things. Quite often they are sources of inspiration for others traveling the same route. Aries men and women have a special zest for life that is often contagious; for others, they are often the example for how life should be lived. The Aries person usually has a quick and active mind. He is imaginative and inventive. He enjoys keeping busy and active. He generally gets along well with all kinds of people. He is interested in mankind, as a whole. He likes to be challenged. Some would say he thrives on opposition, for it is when he is set against that he often does his best. Getting over or around obstacles is a challenge he generally enjoys. He likes to keep abreast of new things that are happening in the world. Ariens are often fond of speed. They like things to be done quickly and this sometimes aggravates their slower colleagues and associates. The Aries man or woman always seems to remain young. Their whole approach to life is youthful and optimistic. They never say die, no matter what the odds, They may have an occasional setback, but it is not long before they are back on their feet again

The Negative Side of Aries: Everybody has his less positive qualities-and Aries is no exception. Sometimes the Aries man or woman is not very tactful in communication with others; in his hurry to get things done he is apt to be a little callous or inconsiderate. Sensitive people are likely to find him somewhat sharptongued in some situations. Often in his eagerness to achieve his aims, he misses the mark altogether . At times the Arien is too impulsive. He can occasionally be stubborn and refuse to listen to reason. If things do not move quickly enough to suit the Aries man or woman, he is apt to become rather nervous or irritable. The uncultivated Arien is not unfamiliar with moments of doubt and fear. He is capable of being destructive if he does not get his way. He can overcome some of his emotional problems by steadily trying to express himself as he really is, but this requires effort.

Cardinality and fire have a lot in common. They are both decisive and ambitious, for example. So the cardinal sign that also happens to be a fire sign, Aries, will naturally be the most cardinal of the four cardinal signs. Aries is very ambitious, more than any other sign even any other cardinal sign. It is extremely decisive and loves movement to new territory and new heights, like fire moving quickly to in a straight line to consume new fuel. This sign hates distraction the most: commitment and indecisiveness are like balls and chains around the ankles of Aries.

Leo is Fire to the core of the Sun! Fire brings a desire to create, innovate, and lead. The sign radiates mega-confidence. Of course, the Lion must have an audience. Without applause, what else is there? The fixed motivation adds self-reliance, a characteristic that works well in leadership positions. Leo is a formative energy, with the ability to consolidate and stabilize. Fire can rage out of...

Ruled by shocking Uranus is a element of Air, Aquarius very much epitomes the planet thatinspires it. This sign has astonishing intellectual and communication skill. Aquarius may the sign of the rugged individualist, the mad scientist and the lone eccentric, but this visionary alsorepresents social interaction and higher consciousne...

Mars represents our ambition, energy, action and desire. It rules our basic instincts of aggression, anger and survival. There is often no contemplation before action when it comes to this primal energy. All our sexual desires come under Mars. This is the raw physical energy as opposed to the creative energy of the sun. With good Mars placement we are assertive, directed and forthright with bad pl...

The sun represents our vitality and our conscious ego, the self and its expression. It establishes our will to live and our creative force. It is associated with spontaneity and health. A well aspected Sun will describe a person who has heart, who cares for others both in general, and at the personal level. A poorly aspected Sun will describe a person who either has much more difficulty accessing ...

Too much emphais on fire is rarely felt to be a problem by the individual until it is too late to do anything about it. This could manifest asburning yourself out, leaving an exhausted shell of a person, especially if alcohol or drugs are abused. They tend to be overly active, restless, and overly concerned with making something happen in the world. Too much fire can also lead to problems in deali...

Diamond acts at the mental level to induce clarity and stimulate imagination. It protects against electromagnetic stress and wifi. Wearing this crystal provides protection and assists in the assimilation of expanded consciousness and soul evolution. The gem throws clarity on all that needs to be transmuted and transformed. It is useful in overcoming pride and bringing harmony and accord to the wea...

Bestowing a sort of awareness of our higher identity, the solar plexus is the place where our own personal force and strength dwells. If we think about strength, intuitive analysis, self-respect, and lofty emotions, we are close to what this center means in its positive aspects. If we want to improve our ability to make new and maintain old friends we should open the Solar Plexus.The col... 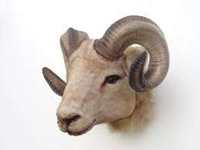 These are some Tarot cards that are connected Aries. It is interesting to note similarities between each card such as the objects and ideas pictured and the colors that are used. One aspect that is particular interesting about the Osho Tarot Deck is its use of color and interesting symbolic concepts.. These symbols give us understanding into underlying ideas and thought patterns that can be used for meditation. The Inner Guide Meditation connects astrology to the tarot with amazing practical meditation exercises to expand your awareness.

The powerful and authoritative figure in this card is clearly the master of his own destiny. On his shoulder is an emblem of the sun, and the torch he holds in his right hand symbolizes the light of his own hard-won truth. Whether he is wealthy or poor, the Rebel is really an emperor because he has broken the chains of society's repressive conditioning and opinions. He has formed himself by emb...

The card shows a tower being burned, destroyed, blown apart. A man and a woman are leaping from it not because they want to, but because they have no choice. In the background is a transparent, meditating figure representing the witnessing consciousness. You might be feeling pretty shaky right now, as if the earth is rocking beneath your feet. Your sense of security is being challenged, and the...

Each figure in this mandala holds the right hand up, in an attitude of receiving, and the left hand down, in an attitude of giving. The whole circle creates a tremendous energy field that takes on the shape of the double dorje, the Tibetan symbol for the thunderbolt. The mandala has a quality like that of the energy field that forms around a buddha, where all the individuals taking part in the ...

The eagle has an overview of all the possibilities contained in the landscape below, as he flies freely, naturally and effortlessly through the sky. He is really in his domain, very grand and self-contained.This card indicates that you are at a point where a world of possibilities is open to you. Because you have grown more loving towards yourself, more self-contained, you can work ...

The Queen of Rainbows is like a fantastic plant that has reached the apex of its flowering and its colors. She is very sexual, very alive, and full of possibilities. She snaps her fingers to the music of love, and her zodiac necklace is placed in a way that Venus lies over her heart. The sleeves of her garment contain an abundance of seeds, and as the wind blows the seeds will be scattered to t...

These are Animals that have characteristics similar to Aries. Animals have a profound effect on our subconscious and many traditions know how we are drawn to certain animal types. The Animal Wise Tarot is a great way to understand what animals can mean to us both consciously and unconsciously. Notice the similarities between these animals like what family they belong, how many legs they have, whether the swim,run or fly. Click on the animal that connects to you the most to find out more about them.

The serpent, or snake, is one of the oldest and most widespread mythological symbols. The word is derived from Latin serpens, a crawling animal or snake. Snakes have been associated with some of the oldest rituals known to humankind and represent dual expression of good and evil. In some cultures, snakes were fertility symbols. For example, the Hopi people of North America performed an annual s...

The serpent, or snake, is one of the oldest and most widespread mythological symbols. The word is derived from Latin serpens, a crawling animal or snake. Snakes have been associated with some of the oldest rituals known to humankind and represent dual expression of good and evil. In some cultures, snakes were fertility symbols. For example, the Hopi people of North America performed an annual s...

The Eagle is the universal emblem of the gods of the sky. A symbol of strength and death in Norse mythology. The eagle was also an image of the battle-field, for it often ate at the dead bodies.An eagle was one of the three birds of odin&mdash;the other two were ravens&mdash;who was the god of death, among other things. Odin is often pictured with an eagle. He occasionally took...

Dragons are often held to have major, spiritual significance in various religions and cultures around the world. In many East Asian cultures, dragons were, and in some cultures, still are, revered as representative of the primal forces of nature, religion and the universe. They are associated with wisdom&mdash;often said to be wiser than humans&mdash;and longevity. They are commonly said to pos... 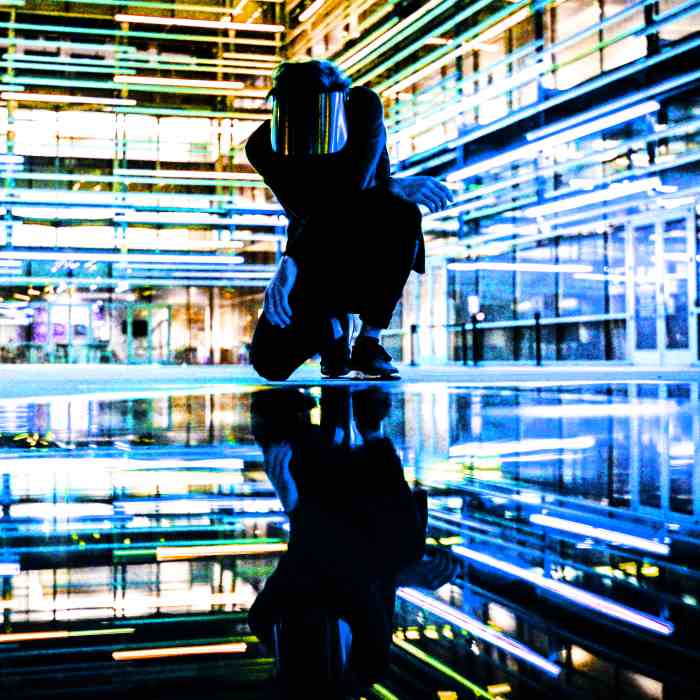